← back to
Whirlwind Recordings

'The New Straight Ahead' - Album Trailer

The New Straight Ahead 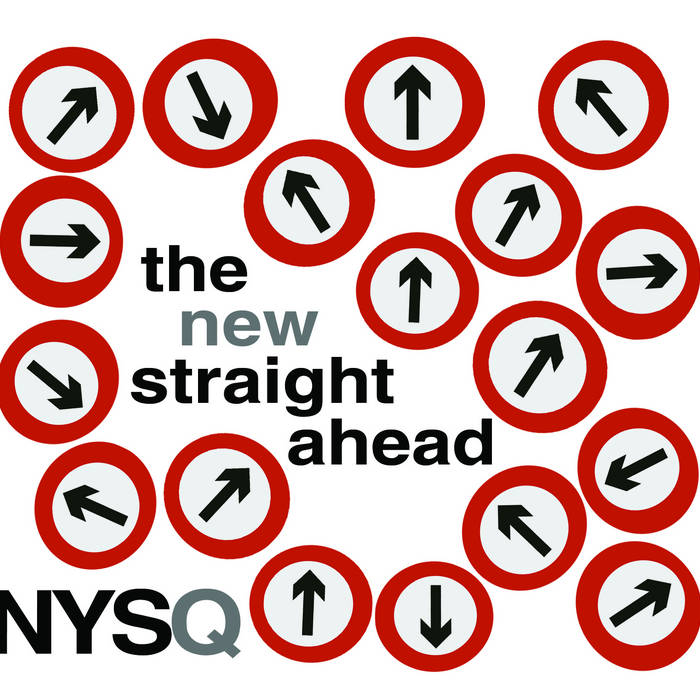 The New Straight Ahead is the debut Whirlwind release from the New York Standards Quartet (NYSQ) and their fourth album to date. The NYSQ is made up of pianist David Berkman, drummer Gene Jackson, saxophonist Tim Armacost, and double bassist Daiki Yasukagawa. As a band the New York-based unit have developed a near telepathic relationship playing together in a variety of settings since their formation in 2006. Conceptually, the NYSQ strives to develop its own language within the tradition of performing standard jazz repertoire.

The Guardian, in a glowing, four-star review of the band's recent tour across the UK, asserts the NYSQ is "a group devoted to radical reinvention of famous pop songs and Broadway show tunes. Plenty of contemporary jazz artists do that, but few more divertingly than this vivacious foursome, who delightedly cherish the originals while brusquely deconstructing their harmonies and tweaking their melodies, sometimes only slipping in the original theme on the way out of the piece. This is a collective class act."

After creating a lifetime of original music (each of the members are notable composers & bandleaders) the NYSQ felt it would liberating to perform music based on simpler, standard jazz repertoire, and in particular the songs that they had learned while growing up learning the music. By playing tunes such as 'Confirmation' or 'All the Things You Are', they put the focus on playing the tune and what they do with it, not so much on the tune itself. The songs are therefore blank slates to write on with a lot of freedom and room for interpretation. They have also expanded their approach to include arrangements and reinventions of these songs as well as original compositions that have a close connection to forms and harmonies derived from standards. The bond the group shares is further strengthened by a common love for Japanese culture, food and language.

The NYSQ has been touring together for eight years and this is immediately apparent from the first note played on The New Straight Ahead. The band maintains a hectic touring schedule at festivals and venues around the world, including performances at key venues in New York City and Japan (eight annual tours), as well as tours around the United States, Great Britain and Mainland Europe. The band's previous three releases include Live in Tokyo (2008), UnStandard (2011) and Live at Lifetime (2013), on the Challenge Records (Netherlands) and D-Musica (Japan) labels.

Meet the members of the NYSQ:

Tim Armacost (saxes and flute): Performances with Kenny Barron, Ray Drummond, Al Foster, Billy Hart, Jimmy Cobb and many others. He has eight critically acclaimed recordings as a leader and recently was commissioned by Wynton Marsalis to write a piece for the Lincoln Center Orchestra.

David Berkman (piano): Performances with Brian Blade, Sonny Stitt, Tom Harrell, the Vanguard Orchestra, Joe Lovano, Dave Douglas and countless others. He is an award winning (Chamber Music America: New Works Grant) composer/pianist whose seven records as a leader have appeared on numerous "Best of the Year" lists. He is the author of three books on Jazz on Sher Music Publishing including 'The Jazz Harmony Book' (2014) and is and Associate Professor at Queens College in New York.

Daiki Yasukagawa (double bass). Performances with Eddie Henderson and Marlena Shaw, as well as being an omnipresent figure on Japanese jazz recordings. Also is noted for releasing a significant solo bass record titled Voyage. A consistent poll winner in Japan.

Gene Jackson (drums). Spent nine years as a member of Herbie Hancock's trio and since then has worked with nearly every major jazz figure of the last 25 years including Wayne Shorter, Dave Holland, Ron Carter, The Mingus Big Band and Branford Marsalis, to name a few.

"This is swing with a distinctly contemporary feel... Each song re-voiced with today's vocabulary very much in mind, the group interplay exhilarating throughout, each man giving their all in typically New York fashion."
★★★★ Jazzwise Magazine (Album of the Year list)

"What starts out as something familiar ends up as a unique and exhilarating musical statement."
The New York City Jazz Record

"Most 21st-century jazz musicians still playing American Songbook material want to bring freshness and surprise to those old classics. The New York Standards Quartet do so with the sheer verve and character of their playing, rather than by deconstructing the original pieces out of recognition. They revitalise the sound of the great 1960s Blue Note hard-boppers with a virtuosic relish and immediacy that sidelines preoccupations with just what idiom this is supposed to be."
★★★★ The Guardian

“Absorbing and perceptive music… A fresh perspective to a repertoire of standards and jazz classics.”

“The music of NYSQ does more than cast old standards with new arrangements, they give old tunes new life, new meaning and a new reason for hearing them again.”

“A wonderfully inventive and pulsating band… Definitely one to look out for.”

“This stellar quartet line up features a some of New York’s finest musicians and is a terrifically fresh revisiting of the standards repertoire.”

“An example of contemporary jazz that preserves the tradition without being hobbled by it… It is evident from the confident rapport reflected in their playing that these musicians have developed a mature working relationship of the type that characterises the best of the big name combos we have come to revere.”

“This configuration of musicians has played together before, three CDs worth (this being the debut Whirlwind label release), and the underlying cohesivity shows.”

"This is wonderful modern jazz, played with profound love for the tradition, brilliance and humor."
London Jazz

"The ever-inventive American pianist David Berkman has been a regular visitor to Edinburgh over the last decade, and is likely to be the most familiar name in this powerful quartet. They are well established as a band, having formed in 2006, and his companions are no less impressive – saxophonist Tim Armacost is a strong and purposeful improviser on both tenor and soprano, while bassist Daiki Yasukagawa and drummer Gene Jackson form a resourceful, energized rhythm section."
★★★★ The Scotsman

"There’s a warm, generous feel to the album. These are men who really do want to communicate their love of the music. Armacost has a great muscular sound on tenor, is just as punchy on soprano, Berkman is both exploratory and supportive as the situation demands, and Yasukagawa and Jackson lock into some tasty grooves or cross-rhythm each other to neat effect."
The Jazz Breakfast

"Turning chestnuts on their heads and having an infectiously good time doing it, this is one of those tasty things that makes the familiar new again and makes you offer them a renewed welcome. It simply works throughout and brings you back for more. Check it out."
Midwest Record

"The NYSQ are a well matched quartet with the communal feel that only comes from a long term association."
Bebop Spoken Here

"The NYSQ is inventive enough to give these familiar compositions new angles, but it's also intelligent enough to know how far to push things."
All About Jazz