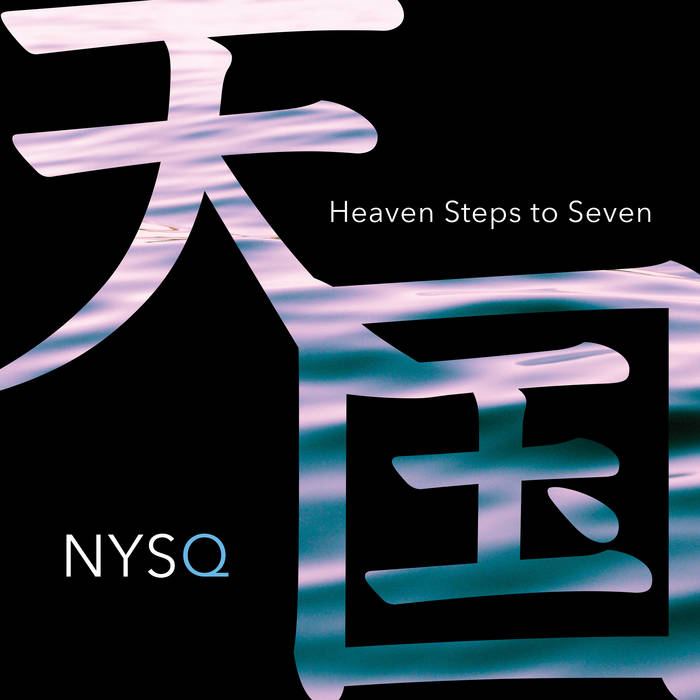 Building on the significant success of their sixth release, Sleight of Hand (Whirlwind, 2017), the New York Standards Quartet presents another coruscating showcase of reimagined, classic songs on their new album Heaven Steps to Seven. Saxophonist Tim Armacost, pianist David Berkman and drummer Gene Jackson present individual arrangements full of characteristic inventiveness; and, for the first time in the studio, they are delighted to document bassist Ugonna Okegwo’s relationship with the band, a regular on their US tours.

The NYSQ have come a long way in their thirteen years to date, Tim Armacost warmly acknowledging the closeness of the collaboration: “We all contribute suggestions for classic songs (also known as jazz ‘standards’) to reinterpret, and the music we conceive taps into the important values of the band – our longevity, our deep friendship. Sometimes we bring pretty much completed arrangements, others just evolve on the bandstand as we play.”

Such a musical affinity, reaped from the vastness of their respective experiences in many different projects, is distilled into a recording of remarkable finesse, once again refracting kaleidoscopic colors across old favorites and less-familiar treasures from the jazz heritage. Having played together for so long, Armacost highlights two key facets: “One is to discover a beautiful standard you haven’t heard before; the other is finding something well known, then portraying it differently. So we honor the tradition of this music, representing it authentically, but also creating environments which feel new.”

The breadth of the detailing is remarkable – from Armacost’s vamping, fast-walking-bass take on Leonard Bernstein’s ‘Tonight’ to Gene Jackson’s boisterous arrangement of Cole Porter’s ‘I Love You’. Porter’s instantly recognizable ‘Every Time We Say Goodbye’ is a Berkman feature for tenor, full of complex harmonies; and the pianist’s lyrical reharmonisation of Horace Silver’s ‘Peace’ sparks group improvisation with the basic direction of “anybody can play a snippet of the melody at any time”.

Charlie Parker’s ‘Cheryl’, deconstructed by Berkman, separates the elements into a longer narrative with scope for extemporary development, while his melodic recontextualisation of ‘If I Should Lose You’ (a vocal favorite, also heard on Hank Mobley’s ‘Soul Station’) sprawls and swings with soprano fervor. First introduced to Armacost during a concert in New York, he essentially transcribed Bud Powell’s piano ballad ‘I’ll Keep Loving You’ for this quartet – now a favorite in their repertoire; and Herbie Hancock’s ‘Eye of the Hurricane’, feistily arranged by Gene Jackson (Hancock’s drummer of many years), side-steps its ubiquitous super-burn.

Recorded off the back of a week-long tour, the first-take immediacy of these eight sparklers is evident. “In this project, we’re definitely committed to the standards, it’s part of our DNA”, says Tim Armacost. “People still feel a connection with these melodies, so our invitation – with the same commitment as if it was our original music – is: Join us in this space while we experiment with this thing.' The most rewarding aspect of NYSQ is the playing itself. Trust allows us to explore places that, artistically, we’ve never been to before – that’s why we love doing it!”

"Standards remain standards because bands like NYSQ keep finding new avenues of meaning within them. Heaven Steps To Seven is a reminder that standards don’t necessarily reside in museum cases; living musicians can set the music free."
DownBeat Magazine

"Their constancy as a group is something of a latter day phenomenon... Eclectic choices maybe, but that's how NYSQ sees things. Good for them."
★★★★ Jazzwise magazine

"The songs are taken away from their normal habitat and given a new identity, whilst, at the same time, retaining the mood of the original - best of both worlds."
Bebop Spoken Here

"This is document of a band at the absolute top of their game, showing how the standards tradition can still provide a vehicle for some of the freshest and most exciting playing on the scene today."
Jazz Views

"NYSQ don't merely revive these standards, they breathe new life into them... Everything they touch turns to musical gold."
★★★★1/2 All About Jazz

"The musicians, led by the boldness of Berkman and Armacost, know the tradition thoroughly... What they bring to it is always refreshing."
Jay Harvey Upstage